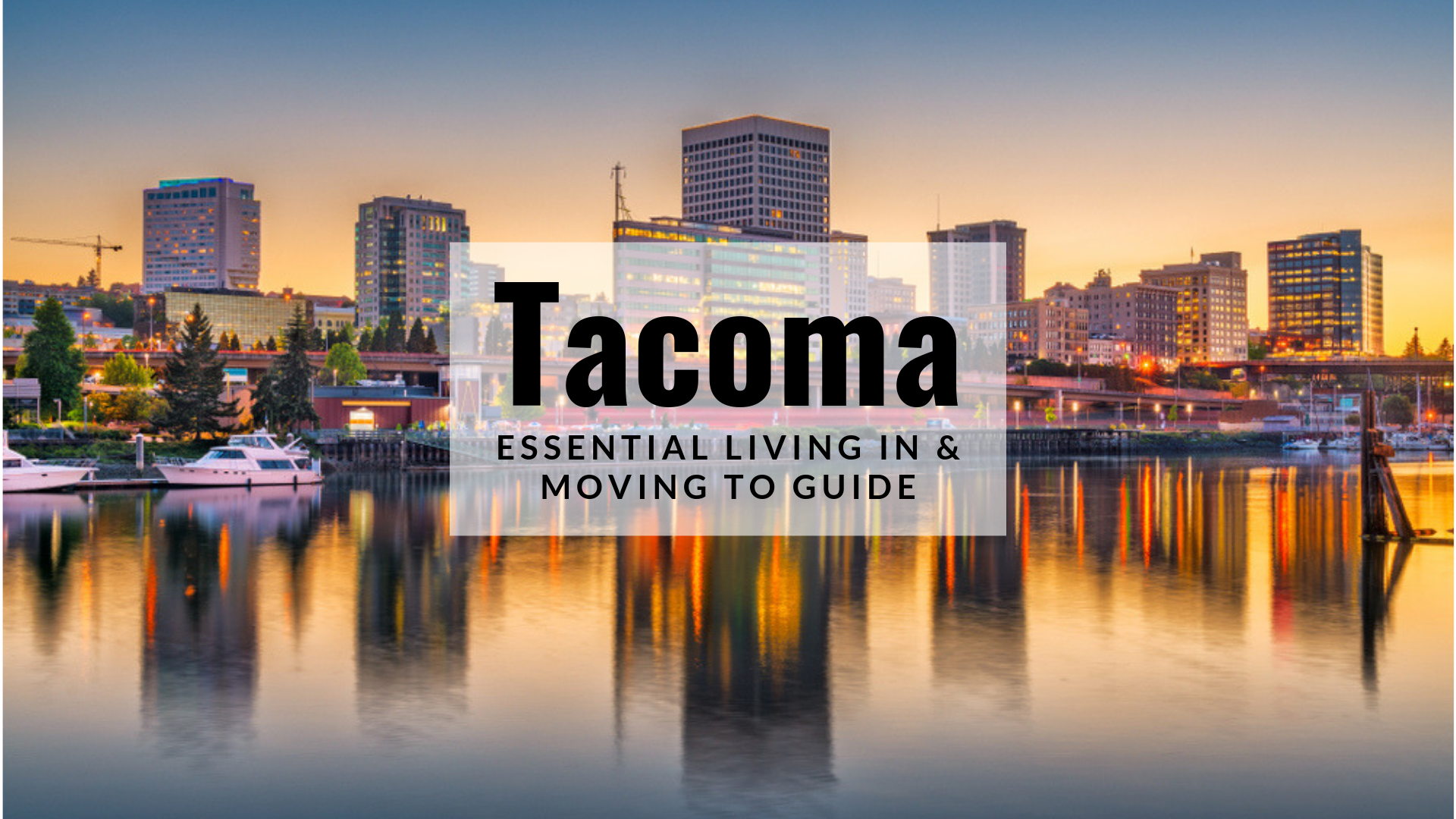 Tacoma, WA | The 2022 Essential Living In & Moving To Guide | All Ready Moving

As the final stop along the Northern Pacific Railroad, the area of Tacoma has come to be known as the “City of Destiny”. Since its incorporation as a city in 1875, the local population has jumped tremendously year after year, making it one of the largest cities in the state. It currently represents Pierce County as the county seat and rests along Commencement Bay of Puget Sound.

More and more people are moving to Tacoma, which is why we decided to create this comprehensive guide to teach newcomers all they need to know about the area. With details about the population, cost of living, and fun things to do around town, take a look to see if this charming city is the right place for you.

Over the past century, the Tacoma population has multiplied five times over. Since the early 1900s when there were about 36,000 people living in Tacoma, it has expanded to more than 205,600 residents who call the city home. This massive growth over the years has placed it in the third spot among the most populated cities in Washington, behind Seattle and Spokane.

The median age in Tacoma is currently about 35 years old, but that number has been falling gradually as more millennials move to the area for the strong local economy and good jobs. The safe community also provides a family-friendly vibe all around the city for people with either young children and growing teenagers.

Among the many highlights around Tacoma, one of the most popular areas is known as Point Defiance. Resting at the northernmost point of the city along Commencement Bay, the point is home to a massive park, as well as a zoo and aquarium. Point Defiance Park features 760 acres of incredible forest trails with views of beautiful waterfalls, green gardens, and saltwater beaches.

The Point Defiance Zoo & Aquarium can be found on the southeast side of the park and is home to a wide variety of unique wildlife. In the aquarium portion, you’ll see everything from seals and polar bears to sharks and stingrays. While the zoo will give you a glimpse at red wolves, anteaters, tigers, and many more.

3. Things to Do and Restaurants in Tacoma

Along with the many activities surrounding Point Defiance, you’ll find a vast array of fun things to do in Tacoma. The Museum of Glass stands out along the city’s horizon with its abstract cone shape and features fun local exhibits and changing art exhibits. And any automobile enthusiasts will love a visit to LeMay – America’s Car Museum, where you can see a massive collection of both classic and modern cars.

Are you starting to feel some hunger pangs coming on? Well, lucky for you there are also some great restaurants in Tacoma such as the Lobster Shop, a waterfront eatery with some delicious seafood options. Some other options around town include Dirty Oscar’s Annex for some sliders or chicken and waffles, as well as the Pacific Grill for delicious steaks, pasta, and fish.

4. Balanced Cost of Living in Tacoma

You’ll find the cost of living in Tacoma has found a decent balance between a handful of standard expenses. While you’ll save upwards of 20% on your healthcare costs compared to national averages, you can expect to pay about 29% more for local transportation. Thanks to the city’s mild weather, home utilities are about 30% less than U.S. averages.

And though above national numbers, the local housing market is about 45% less than the Washington average. The average price of a home in Tacoma is currently around $312,200. The area is considered to be part of a hot market as the price has risen 10% in the last year and is projected to rise at least another 5% in the next 12 months.

For those planning on renting, average rent prices in Tacoma range from $1,388 per month for one bedroom up to $2,057 per month for homes with four or five bedrooms.

If you’re relocating to Tacoma, you’re probably wondering about the best places to live around town. Thankfully, Tacoma neighborhoods like Old Town offer eclectic scenery, safe streets, and easy access to choice amenities. The downtown area is another great part of town who enjoys living in a close-knit community of people, where you can quickly make friends and spend time at local events.

Other great Tacoma neighborhoods are South End, Oakwood, and West End near the local community college.

If you are thinking of buying or selling in the Tacoma area we highly recommend contacting Better Properties Real Estate.

6. Education and Schools in Tacoma

High school age students will typically attend the school based on the borders their home falls into and could attend Franklin Pierce High, Fife High, Washington High, or the Science And Math Institute. Tacoma also has two secondary education schools in the area which are the University of Puget Sound and Pacific Lutheran University.

7. Jobs Both In and Out of Tacoma

Did you know the biggest employer for Tacoma jobs isn’t located within the city borders? The McChord Air Force Base is located south of town and hosts more than 50,000 military personnel, many of which are from Tacoma. Within the city, you will find major employers like the MultiCare Health System, as well as positions at local Pierce County government offices.

Planning to work in Seattle? The distance from Tacoma to Seattle is less than 35 miles, which means you could easily travel to the big city in less than an hour. To get an exact route to travel to Seattle from Tacoma, we’ve included a map that shows the simple commute with a straight shot up the I-5.

If you’re going to be living in Tacoma, you’ll find this part of Washington gets more than 40 inches of rain annually, so you’ll probably want to keep an umbrella close by at all times. 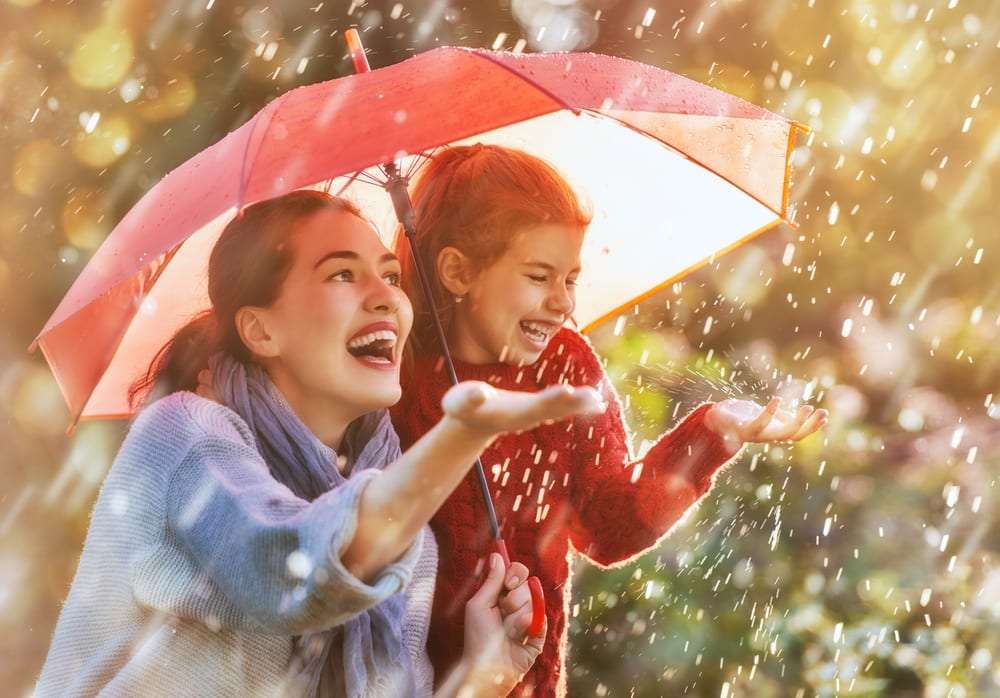 The rain can lead to a fair amount of humidity, but even in the hottest parts of summer, you can expect minimal highs of 75°F and lows in the mid-50s. Winter temperatures tend to cool down a bit and remain in the range of 35°F-45°F during the colder parts of the year.

Tips for Moving to Tacoma

Does moving to Tacoma sound like the right decision for you? If you’re convinced it’s the right place, everyone here at All Ready Moving would love to be part of your relocation process. Our experience and knowledge of the area set us apart from the competition to ensure your transition goes smoothly and safely.

To learn more about our professional moving services, give us a call today at (360) 507-2447! Or feel free to fill out the Request a Quote at the top of this page so we can send you a free moving estimate for your upcoming change. 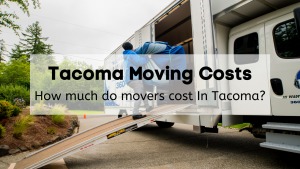 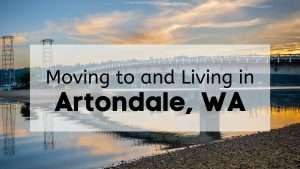 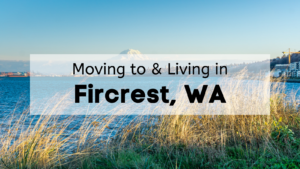 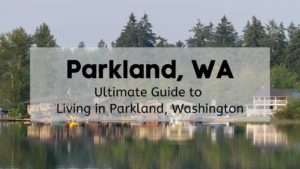