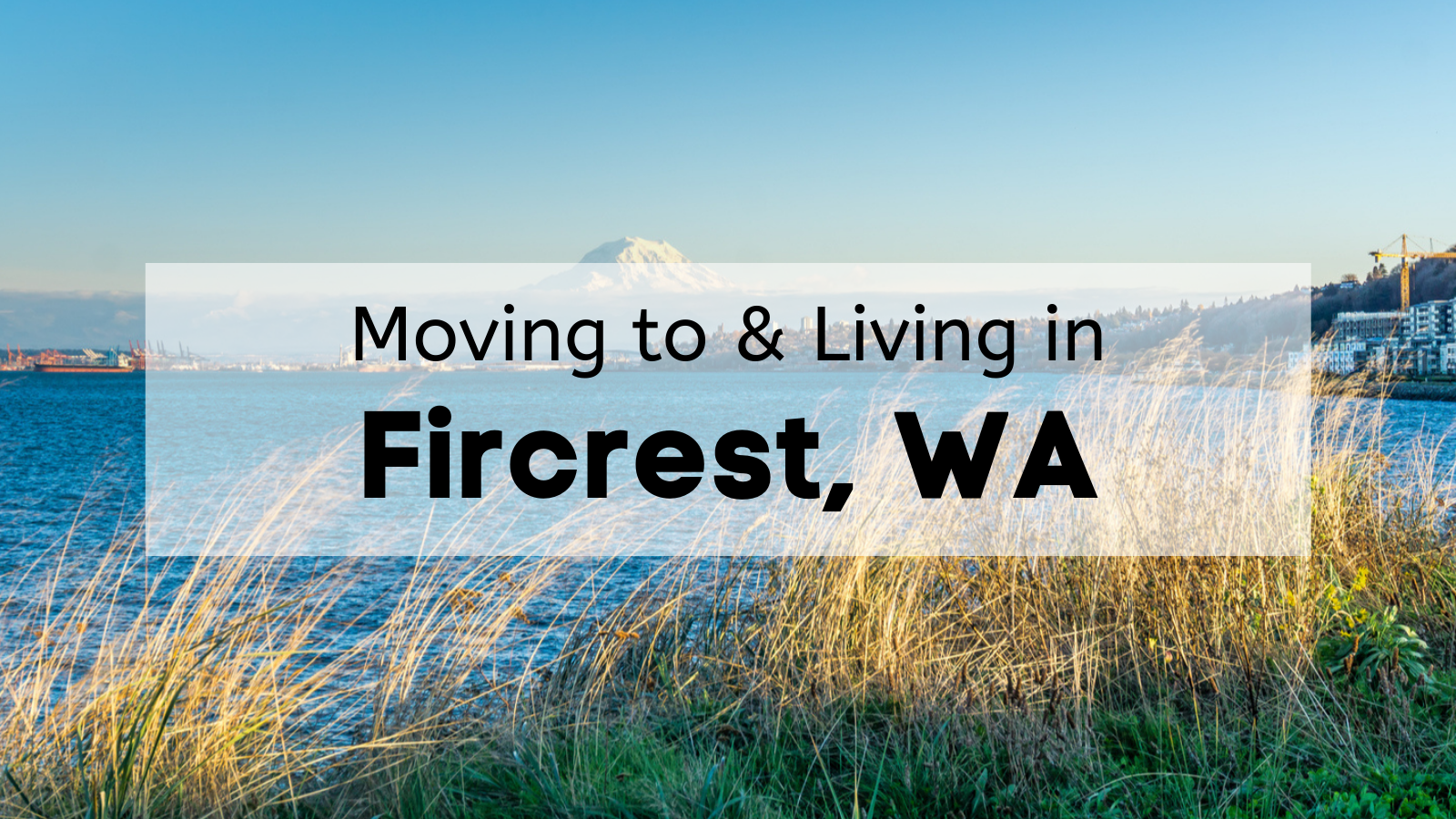 Located in Pierce County, directly east of University Place, this Tacoma suburb is a wonderful place to live. Fircrest first became a city on September 19, 1925, and occupies roughly 1.6 square miles. An interesting fact about the city is that it was originally known as Regents Park (a reference to the governing board of a university). This nod to academic life is still reflected in the many streets named after prestigious universities, such as Harvard, Cornell, and Stanford.

Brimming with Pacific Northwest charm, the benefits of living in Fircrest are numerous. The area boasts a popular golf course, several community parks, and peaceful neighborhoods. Thanks to these amenities, residents are delighted with the quality of life in this idyllic city.

Residents of Fircrest are well-educated and high earners. Compared to the greater metro area, locals have nearly identical income and academic profiles. 96.4 percent have earned at least a high school diploma. 38 percent have attended some college, 25 percent have their bachelor’s degree, and 12 percent have completed some level of post-graduate work.

Rest assured, Fircrest is a safe suburban city. Compared to the entire state of Washington, total crime is 46.5 percent lower. Additionally, the rate of violent crimes is 45.2 percent lower than the state’s average. Fircrest has a strong neighborhood police department, with nine officers on the force.

Cost of Living in Fircrest

Prospective home buyers will find that the Fircrest median home price sits at $620,000. This figure has increased approximately 12.7 percent year-over-year. The city’s housing market is quite competitive, especially with the area being relatively small in size. Fircrest’s average apartment rent figures is $1,284.31 monthly on a one bedroom apartment. Larger apartments of two or three bedrooms cost around $2,104.44 per month.

Close in proximity to Tacoma and Seattle, people living in Fircrest have access to a myriad of world-class restaurants, entertainment, and attractions.

According to the Economic Policy Institute, a family of four will need to earn $93,003 per year to afford to live in Fircrest. This breaks down to a monthly total of $7,750. Compared to nearby Seattle, WA, the cost of living in Fircrest is lower. For example, Fircrest rent prices are 28.53 percent cheaper than in Seattle. Additionally, the cost of groceries in Fircrest is 12.82 percent less. 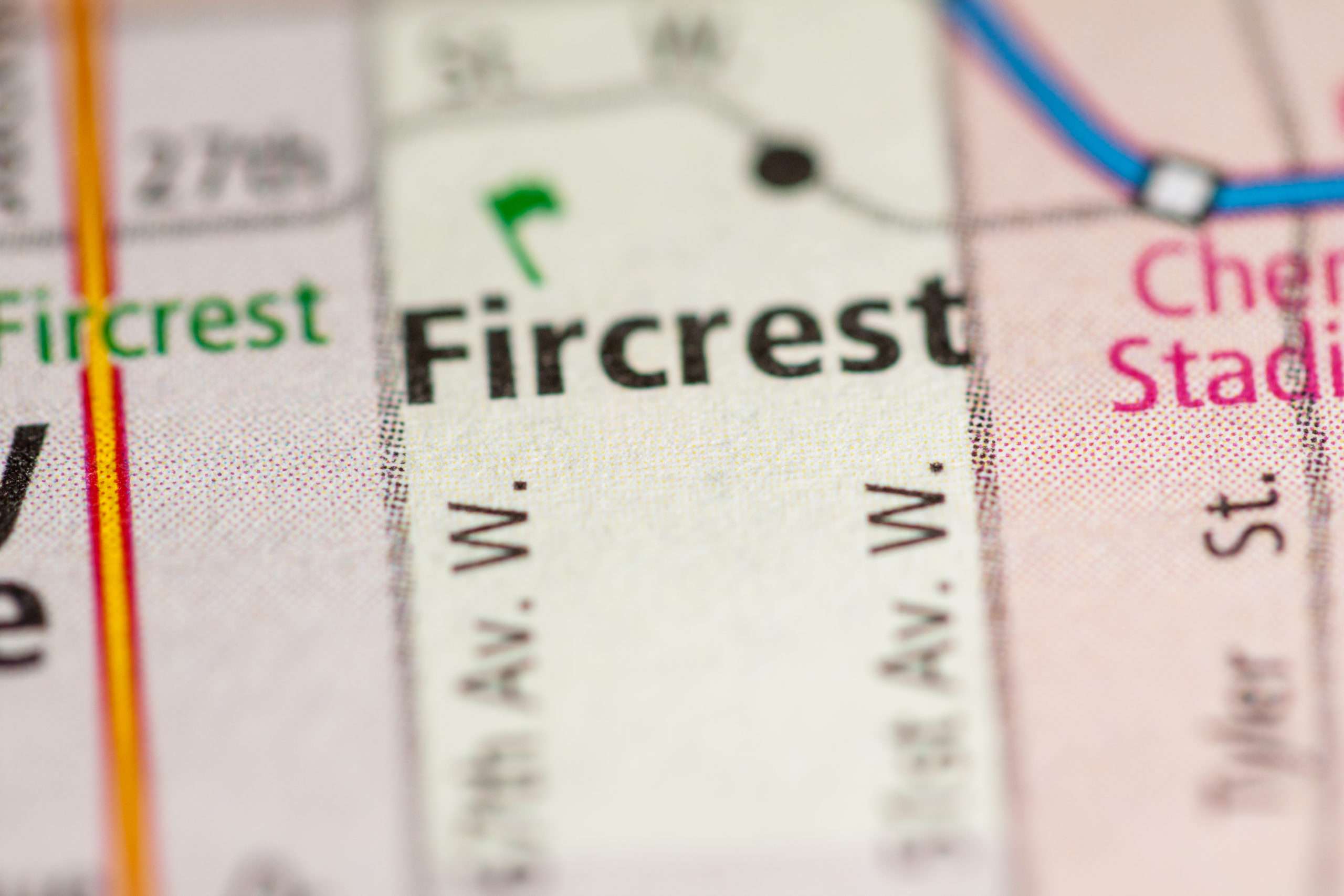 City Neighborhoods | Where to Live in Fircrest

Among Tacoma suburbs, this city ranks as one of the finest. All parts of the community are highly sought-after, tranquil, and safe. Areas along Emerson Street and Regents Boulevard tend to be busier, as they are closer to commercial developments. One ultra desirable part of Fircrest are the neighborhoods surrounding the Fircrest Golf Club. Avid golfers can effortlessly travel to and from this exclusive course when residing on properties near Daniels Drive, Monterey Lane, Fir Park Lane, and 67th Avenue West.

Conveniently, Fircrest is 4.2 miles to Tacoma. Click if you need to travel from Fircrest, WA to Tacoma, WA.

True to the Pacific Northwest, the Fircrest climate is one where you’ll definitely want to bring your raincoat and umbrella. Winters are known for being a wet season, with approximately 16 rainy days per month between November and December. During the spring and fall, rain falls on almost half of the days in a month. The average annual rainfall total in Fircrest is 41 inches. This is three inches higher than the United States rainfall average.

Compared to other northern states, the average temperature in Fircrest is relatively mild. In winter, individuals living in Fircrest can expect highs in the mid to upper 40s, with lows in the mid 30s. Spring and fall bring comfortable highs in the mid 50s and 60s, with summer highs approaching the upper 70s. Never too hot and never too cold, the Fircrest weather forecast is usually favorable. 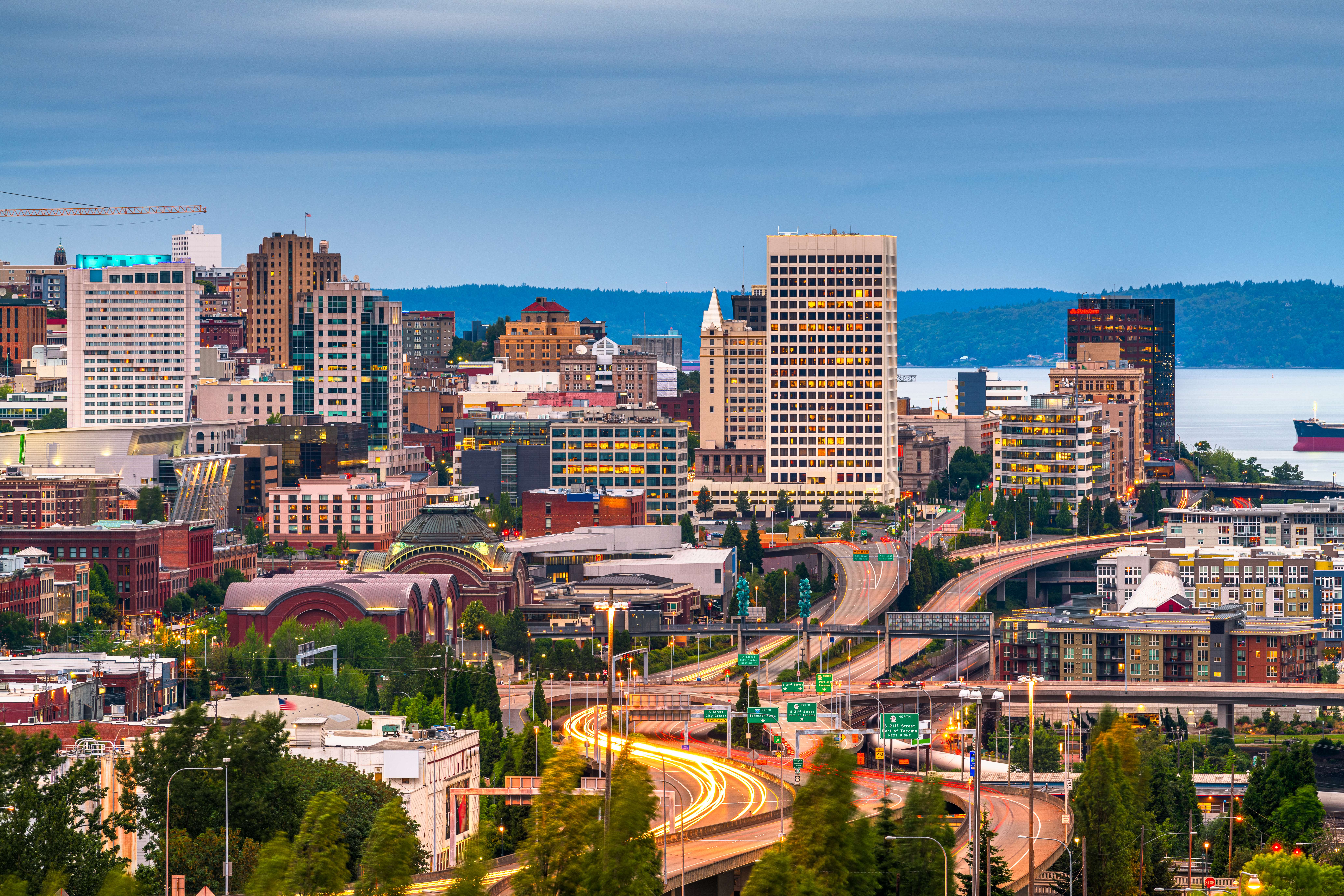 Things to Do in Fircrest

Before moving to Fircrest, it is good to know about the area’s parks and landmarks, restaurants, and shopping complexes. Explore the following recommendations to live life like a true local.

One can’t miss thing to do in Fircrest is a visit to the Fircrest Golf Club. Prestigious and stately, members have played on these sprawling grounds since 1923. Players can enjoy the 18 hole, 150 acre, 71 Par course throughout the year. Amenities at the club include men’s and women’s golf programs, junior programs, competitions, and tournaments.

When the weather warms up, the Fircrest Swimming Pool is the place to be. Divided into multiple sections (including a kid-friendly area and lap swimming), this pool is a great spot to cool off and enjoy time with friends and family.

When looking for high-flying family fun near Fircrest, DEFY Tacoma is a top choice. Equipped with numerous trampolines, foam block pits, a Ninja Obstacle Course, and a trapeze course, hours of fun await. Many residents consider this one of the best things to do in Fircrest.

Additionally, the city operates eight parks and other amenities across Fircrest for all residents to enjoy. Check out the complete list of parks on the Fircrest parks and recreation website.

Throughout the year, there are many community events held in Fircrest. Click here for a full calendar of events.

Ready to experience the best Fircrest restaurants? Once you’ve relocated to the city, be sure to find your new favorite menu offerings at the following hotspots (located minutes outside of the area).

A regional chain known for its customizable and signature pizza offerings, Westside Pizza is one of the top places for carryout dining in Fircrest. For individuals with brave stomachs and taste buds, be sure to try their Death by Pizza pie.

Providing a cozy, homey ambiance and an outstanding list of dishes, Spring Lake Cafe is a top place for breakfast and lunch. Popular menu items include the Chicken & Waffles, Malted Waffles, and the Patty Melt.
616 Regents Blvd, Fircrest, WA 98466, (253) 460-0919

Seeking delicious and authentic Mexican cuisine? Los Tapatios is a casual eatery with an exceptional list of dishes. Regulars are especially fond of the one-of-a-kind taco varieties, as well as the Carne Asada Fries.

Searching for jobs in Fircrest? In and around the city, there are highly-rated places to work. Tacoma is an especially bustling place for employment. The top-five employers near Fircrest include Joint Base Lewis-McChord, MultiCare Health System, State of Washington, CHI Franciscan Health, and Tacoma Public Schools. Most residents work outside of Fircrest, since the city is largely residential. Being so close in proximity to Tacoma ensures a reasonable commute for the vast majority of locals.

Fircrest is part of the Tacoma Public School District. The city encompasses both Whittier Elementary School and Wainwright Intermediate School. Both schools are highly-rated, and a favorite among local parents and students.

Explore more things to do, places to eat, and beyond with this Fircrest Map:

Pros & Cons of Living in Fircrest

Decided to make the move to lovely Fircrest, WA? Get the professional and experienced moving help you need by hiring All Ready Moving — your Puget Sound Region movers. Call us now at 360-507-2447 to get started.