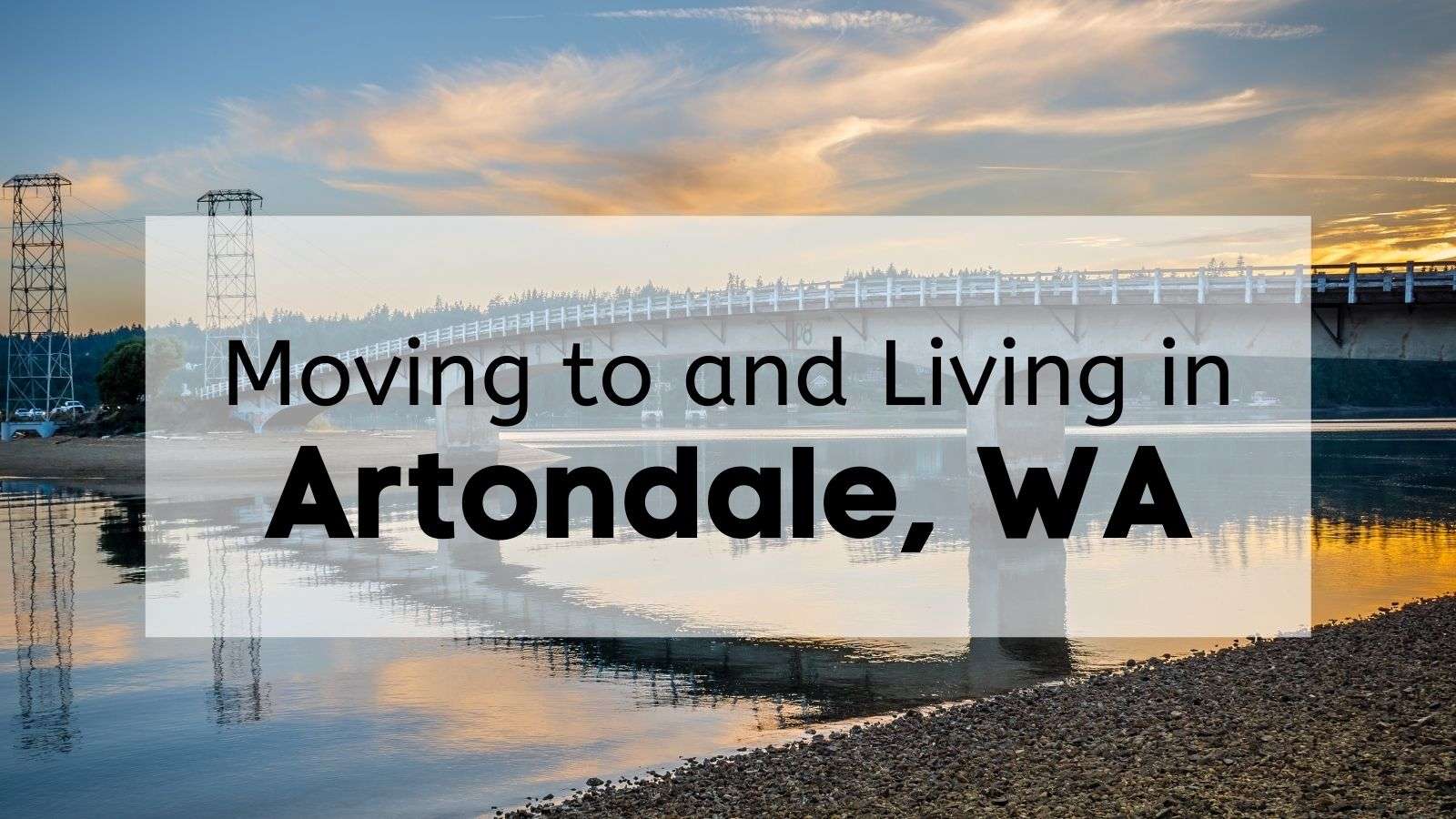 Artondale, WA is a census-designated place (CDP) and suburb of Seattle, located in Pierce County about 10 minutes from Highway 16 and Gig Harbor’s Uptown. Artondale is known for the Artondale Creek, which runs through the area, famous for its salmon spawning. Accessing the creek is limited even for those living in Artondale, WA, but you can view the creek from the sidewalk near the intersection of Wollochet Drive NW and Artondale Drive NW, or by walking through Wollochet Bay Estuary Park. The kids of Artondale Elementary are often invited to watch the spawning and take field trips to the creek.

Tacoma is just a 20-minute car ride away, and is a common place of employment for those living in Artondale, as well as a convenient city for entertainment, shopping, and attractions. If you plan to move to Artondale, you’ll enjoy the quiet, rural feel of the Puget Sound region and access to many parks and green spaces. The largest green space is a golf course located in the valley of Artondale Creek, but is available only to dues-paying members. If you’re not a golfer, there are many options for enjoying the great outdoors and nature, including Wollochet Bay Estuary Park with 854 feet of shoreline, Harbor Family Park featuring dog walking and running trails, and hales Pass Park.

Cost of Living in Artondale, WA

Numbeo.com offers a list of everyday living expenses in Artondale:

According to the Economic Policy Institute, a family of 4 will need to earn $93,003 per year to affordably live in Pierce County, Washington. If you’re looking to buy a home, the market is competitive. The Artondale median home price is $825,000 and nearly 89% of homes sell for more than their listing price.

The average monthly apartment rent in Artondale, WA is $1,929 according to RentCafe, which is about $300 more than the national apartment rent average of $1,628.

Artondale Neighborhoods | Where to Live in Artondale, WA

If you’re living in one of the neighborhoods and working in Tacoma, you’ll find the drive from Artondale to Tacoma to be about 15 miles and take around 20 minutes via WA-16.

Want to buy a home in the area? Check out this list of Artondale, WA homes for sale.

If you love long winters with lots of snow, or you want to spend all year round sunbathing on the beach, the Artondale climate will probably not top your list of preferred places to live! The good news is the perceived humidity level in the area is 0% year-round, so even during the warmer months you won’t have to deal with muggy, miserable, or oppressive weather.

Artondale weather varies throughout the year, with the wetter season lasting about 7 months and offering 32% or higher chance of rain daily from October to the end of April. The drier season ranges from May to October. But you’ll have to get used to cloudy skies as the cloudy season lasts from October to June and in January you may want to invest in an artificial sunlight lamp as the sky is overcast about 73% of the time!

The warm season is from June to September with average daily temperatures of about 71 degrees Fahrenheit, so it’s warm without being uncomfortably hot. The cold season from November to March offers temperatures under 52 degrees with the coldest month in December averaging 38 degrees, so it’s cold but you will likely remain comfortable with the proper winter coat, hat, and gloves.

Things to Do in Artondale, WA

There are many fun things to do within the Artondale – Gig Harbor area! If you should run out of ideas for what to do within the immediate vicinity, just head over to Tacoma for more access to parks, entertainment, and attractions.

The Harbor History Museum tops the list of things to do in Artondale, WA with kids. It offers permanent and changing exhibits dedicated to maritime history and the rich history of the greater Gig Harbor communities. There is a historical one-room schoolhouse on-site, a 900-square foot library, and educational programs for all ages.

Spend an afternoon on a sightseeing boat tour, one of the best things to do in Artondale for families. (Kids 4 and under go free). Destiny Harbor Tours offers tours and boat charters from Gig Harbor and Tacoma, WA to see wildlife, learn about the history, and eco tours. A private charter can take up to 33 people on 3 boats. Our daily tour from Gig Harbor leaves at 3:30pm and takes you on a sightseeing adventure of the narrows bridges, Salmon beach, and Pt. Defiance. You’re likely to see eagles, seals, and a glimpse of Mt. Rainier in the Olympic Mountains.

Other Major Attractions Near Artondale, WA

Despite being a small area, there are many places to eat and restaurants within a 15-minute drive. If you grow tired of your local options, you can venture out a little further to Tacoma for even more menu variety.

When you’re looking for a local romantic seafood restaurant, your best option is to head to Uptown Gig Harbor and visit Green.House Restaurant for fine dining. Open for lunch and dinner, Chef Scott Fuller offers seasonal menus with locally sourced food from farms, ranches, and fisheries. Conveniently located across the street from the Galaxy movie theaters, you can plan an enjoyable evening with dinner and a movie!

A waterfront restaurant and bar serving salads with house-made dressing, sandwiches (including Gluten-free bread options), famous Tides beer-batter fish and chips, burgers, and pizza. The best tavern and restaurant for adults in the Artondale area, you must be age 21 or older with an ID to enjoy the delightful establishment.

Located in the Harbor Landing Indoor Shopping Mall, El Pueblito is a family-run eatery serving traditional, authentic Mexican food in a bright and colorful atmosphere. An extensive menu includes vegetarian options, wine, margaritas, and beer. Bring the whole family and enjoy huge servings (with enough to bring home for lunch tomorrow!) You can also view Gig Harbor from the windows.

Artondale is a small area, so many people living in Artondale, WA make the 19-minute, 15-mile commute to work in Tacoma. The largest industries are health care and social assistance, educational service, and retail trade. The top employers in the Tacoma – Artondale area include:

The highest paying industries in the area include manufacturing, transportation and warehousing, and utilities. If you’re looking for a new job, try this listing of Indeed jobs near Artondale, WA.

Artondale residents are served by the Peninsula School District which is ranked #4 in best school districts in Pierce County. There are over 9,500 students in grades pre-K through 12th with an average student-to-teacher ratio of 18 to 1. Over 72% of students are at least proficient in reading while 61% are considered proficient or better in math.

Explore more things to do, places to eat and shop, and more with this Artondale map.

Ready to Move to Artondale, WA?

Moving to Artondale is an exciting time, but it can also be very overwhelming when you think about everything you need to do to get settled into your new Artondale apartment or home! Eliminate the stress and call the top Artondale, WA movers today for a quote, at 360-507-2447.