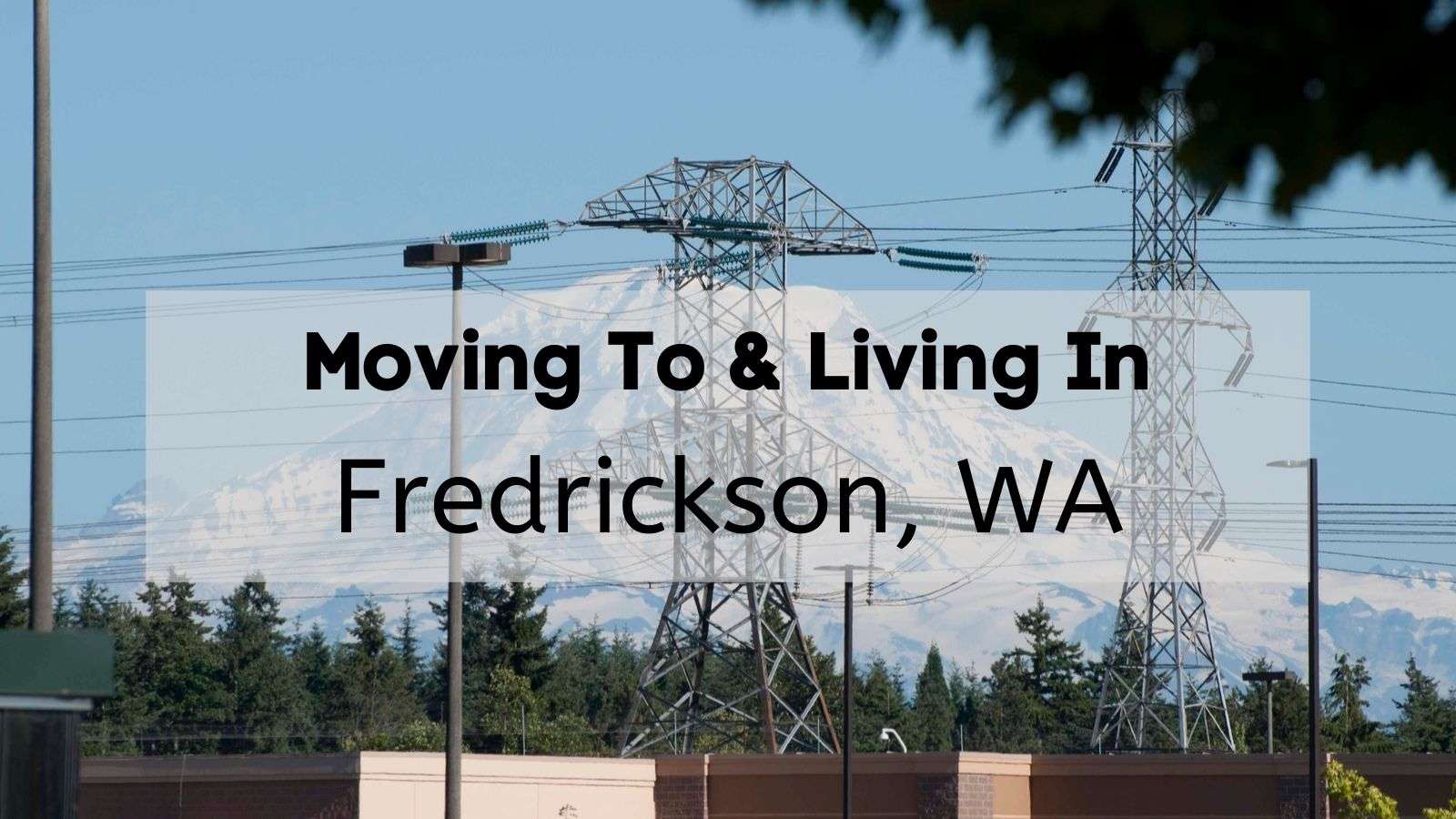 This community in Pierce County, located just south of Tacoma, is a part of the Seattle-Tacoma-Bellevue metropolitan area. Frederickson is a small and quaint census-designated community that has been quickly growing as the tech industry has boomed in the tri-city area. A peripheral community of Tacoma, the area that is now the city and her suburban communities like Frederickson was initially settled by Europeans in only the 1850s, making the entire area very young. Tacoma’s port made it a center of economic powerhouse, which led to a large influx of immigrants looking for work, many of whom chose to settle outside city limits, in communities like Frederickson. Nowadays, Frederickson is a middle class suburb well-known as an area with reasonably priced property just outside the Seattle area, a rarity in and of itself!

Frederickson has a population of 22,994 distributed over 11.6 miles at a population density of about 2,000 people per square mile. The median age here is 32.6, which is fairly young, especially when compared with the Washington average of 37.9. The median household income in Frederickson is $89,012, which is around 20% more than the average household income for the state of Washington, being $73,775.

Frederickson’s zip code is 98446, while the area code is 253. The commute from Frederickson to Tacoma is an easily manageable 22 minutes, meaning Frederickson is a perfect area to live if you’re planning on driving to the big city for your workday.

Cost of Living in Frederickson, WA

Even in affordable communities like Frederickson, Washington is going to be pretty heavy on your wallet, with the cost of living here being 18% higher than most places in the United States, according to Payscale (using data for nearby Graham). Homes in Frederickson will cost you around $272,400, which is less than the average Washington home price of $339,000. If you choose to move to Frederickson, you’ll find that you’ll be paying more for things like groceries and utilities, as is simply a consequence of living in Washington, but you can expect to pay less for transportation. Rentals for the Tacoma area are also quite expensive, with even the relatively affordable neighboring city of Graham having an average for all units at $2,018.

Washington’s cost of living, especially in this area, is pricey, no doubt about it, but Frederickson’s affordable housing is sure to make up for it!

Frederickson is part of the contiguous Tacoma metropolitan area, and really is essentially a neighborhood of Tacoma in and of itself. However, that doesn’t mean there isn’t plenty to know about the lay of the land! Check out some of your neighborhood options below:

According to Nextdoor, residents love this little community for a whole lot of reasons! Like most of Tacoma, it’s extremely walkable, and you’ll be able to easily navigate to nearby stores or attractions with the typical tri-city area walkways and bike paths. It’s also generally considered quiet and clean — good aspects to have for any neighborhood!

If you want to make yourself a part of any of these communities, you should check out the latest listings for homes for sale in Frederickson, WA.

If you want to know where things are, check out this map of Frederickson.

If you’ve heard of the Seattle area, you might know it can be pretty rainy. However, don’t let that get you down, because there’s still plenty of sunshine to explore the beautiful outdoors year-round! You can expect lows of 35 degrees Fahrenheit during the winter months, and highs of 76 degrees Fahrenheit during the summer months. Frederickson experiences more than the average amount of rainfall when compared with the rest of the United States, with 42 inches per year as compared to 38 inches. Meanwhile, Frederickson experiences very little snow, with only 5 inches as compared to the national average of 28. The best times to visit Frederickson, in terms of comfort rating, are June and July.

Things to Do in Frederickson, WA

It wouldn’t be a suburb without a park, would it? Cross Park features a community green area, a universally-accessible park, and some historic barns refurbished into community centers, making it quite a robust addition to the city parks list. If you’re looking for a relaxing day in the sun, Cross Park should be your first destination!

Places to Eat in Frederickson, WA

Alongside its host of things to do, Frederickson is also home to plenty of great eats! Check out some below:

What community here in the States would be complete without a pizza joint? Farrelli’s is quite a good one too, with an excellent selection of pizzas, calzones, and more available! There’s a reason this pizzeria is a favorite amongst Frederickson natives!

Serving a typical but still excellently crafted array of American fare, Ricky J’s is best known as a place where great food and great play meet. With a bar, a diner, pool, and karaoke, Ricky J’s is a great place for a night out with the guys or gals!

Frederickson is served by the Puyallup School District, which has 21% of its schools rated “Above Average”, according to Greatschools. Although very few are located within Frederickson proper, there’s plenty of great options very nearby! Some highlights in terms of local schools include the Frederickson Elementary School, Stahl Junior High School, and Puyallup High School. You can rest easy knowing your child will be in good hands during your stay in Frederickson!

Those planning on making a living in Frederickson should know that wages and cost of living have both been going up, according to Payscale (using data for Puyallup). The most popular positions of employment are Certified Nurse Assistant, Medical Assistant, and Licensed Practical Nurse. The largest employers in the Frederickson area are Multicare, Multicare Health Systems, and Safeway, Inc.. The average salary for a worker in Frederickson is $66k a year, while the average hourly wage is $19.77.

Proximity to Tacoma means plenty of opportunity for all sorts of industries! Check out the latest listings for jobs in Frederickson, WA here.

Ready to take that last step and start your journey to making Frederickson your new home? Give All Ready Moving a call! Our crew of highly-trained professional Frederickson movers will ensure your move is a stress-free process at affordable rates! Call now or fill out our online form for a free quote!