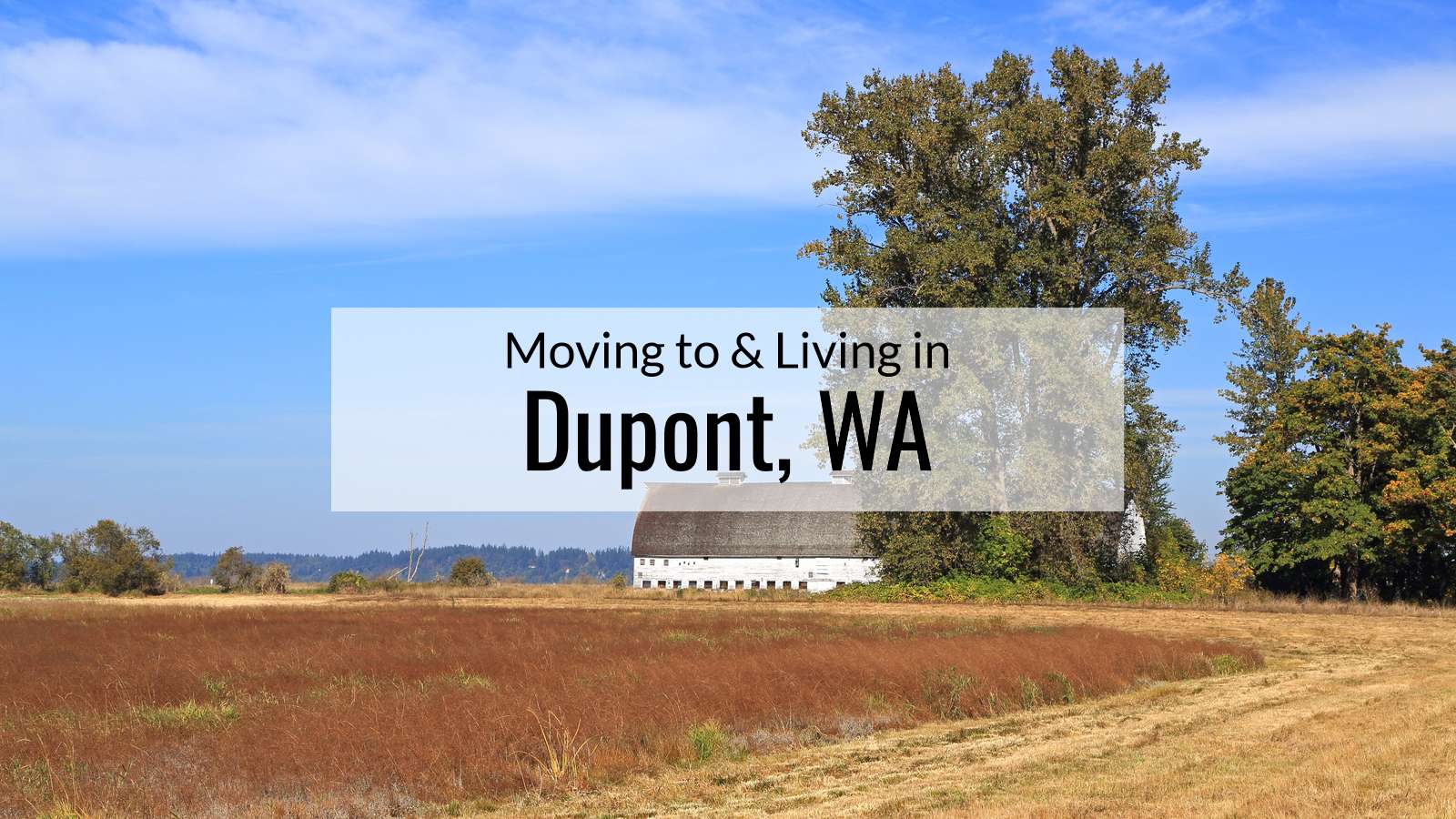 Located in Pierce County, Dupont is a small but vibrant city that is nestled right in between the Sequalitchew Creek and Lakewood. The area was the home of the Nisqually tribe, which many local places are named after, and was eventually settled in the early 19th century. Dupont was notable for being a major producer of dynamite and gunpowder in the western United States, although the plants responsible have since been shut down. Today, Dupont is a quickly growing community that draws in new residents because of its natural beauty and quick access to other cities like Lakewood and Seattle.

Dupont’s zip code is 98327, while the area code is 253. Dupont is located just south-west of Lakewood on the coast of the group of inlets that make up Seattle’s coastline, and is only a short drive north from Seattle and Tacoma.

Thinking about moving to this area, but wondering if Dupont is a safe place to live? With an A- rating on Areavibes, you and your loved ones won’t have to worry about becoming the victim of a crime while living in Dupont as it’s safe to live in Dupont, WA! The crime rate here is 41% lower than the national average overall, while the violent crime rate is 45% lower, and the property crime rate is 40% lower.

Cost of Living in Dupont, WA

Dupont is a beautiful community that’s located right next to Lakewood, Seattle, and Tacoma, and it should come as little surprise that living in Dupont has the prices to match that beauty and convenience, with the cost of living here being 29% higher on average than the U.S. average, according to Payscale. Homes in Dupont are more expensive than average for Washington, but are not quite as expensive as those in the Seattle area, with the average home costing you $328,900. If you choose to move to Dupont, you can also expect to pay more for groceries and utilities, although you can expect to pay slightly less for transportation. Renting here is about what you’d expect for a coastal city, with the average rent for an apartment being $1,466.

Dupont is more expensive than other places in Washington, but is affordable compared to the surrounding area, meaning you’ll get lots of bang for your buck. There are few places better to live in Washington!

Moving to Dupont means you will be served by the nearby Steilacoom Historical School District, which has around five schools within Dupont’s city limits. Of all the schools in the district, 50% are rated above average and 25% are rated average, according to GreatSchools. Some great local schools include Chloe Clark Elementary and Pioneer Middle School. Rest assured, your child’s education will be in good hands while you’re living in Dupont!

If you’ve ever lived in the Seattle area, Dupont’s climate will make you feel right at home. You can expect lows of 36 degrees Fahrenheit during the winter months, and highs of 76 degrees Fahrenheit during the summer months. Dupont experiences much more than the average amount of rainfall when compared with the rest of the United States, with 48 inches per year as compared to the national average of 38 inches. Dupont experiences very little snow, with 6 inches as compared to 28. The best times to visit Dupont, in terms of comfort rating, are July and August.

Dupont may be more akin to a small town than a city, with its small circumference and population size, but that doesn’t mean you don’t have options for choosing your own community! Check out some of your neighborhood options below:

Dupont has all the options you’d expect from a coastal community, like housing on the coast directly, as well as housing more inland and closer to Lakewood. The city is separated into two distinct  “clusters”, one of which is the more urban north-easterly section which is directly linked with Lakewood, and the other of which stretches south-west and is near the Sequalitchew Creek.

If you want to make yourself a part of any of these communities, you should check out the latest listings for homes for sale in Dupont, WA.

Those planning on making a living in Dupont should know that wages have been decreasing and cost of living has been increasing, according to Payscale. The most popular employers in this community are Amazon.com Inc, Alliance Enterprises, and The Better Business Bureau. The most popular positions of employment are Dental Assistant, Accounting Clerk, and Certified Nurse Assistant. The average salary for a worker in Dupont is $74k a year, while the average hourly wage is $16.54.

If you’re planning on getting gainful employment after moving to Dupont, seeking out a job in finances, delivery, and business are your best bets. Check out the latest listings for jobs in Dupont, WA here.

Things to Do in Dupont, WA

Moving to the beautiful little city of Dupont means plenty of opportunities to visit fantastic attractions that’ll entertain you and your kids, as well as plenty of opportunity for great shopping. Check out shopping centers nearby like the Black Hawk Plaza, as well as Wilmington Drive which has plenty of stores, for all your shopping needs! You should also check out some of the best things to do in Dupont, WA below:

Looking to spend some time on the banks of Seattle’s many beautiful inlets? The Sequalitchew Creek is one of the most wonderful creeks in the area, and is a perfect place to camp or chill out with the whole family!

Want to get hands on with Dupont’s history? The Dupont Powderworks Museum is a park showcasing Dupont’s long history of producing gunpowder for the United States. See all sorts of related historical items like machinery, locations, and more!

Places to Eat in Dupont, WA

Alongside its host of things to do, Dupont is also home to plenty of great eats! Check out some below:

It is an unspoken rule of the human race that wherever they step foot, there must also be a pizza place, and Dupont is no exception. If you’re looking for a pizza pie in Dupont, Farrelli is your place!

This Irish-American pub provides eats from both sides of the pond. If you’re looking for a laid back tavern within Dupont’s city limits to have a guy’s (or girl’s!) night out at, McNamara’s is your best shot!

Ready to take that last step and start your journey to making Dupont your new home? Give All Ready Moving a call! Our crew of highly-trained professional movers will ensure your move is a stress-free process at affordable rates! Call now or fill out our online form for a free quote!