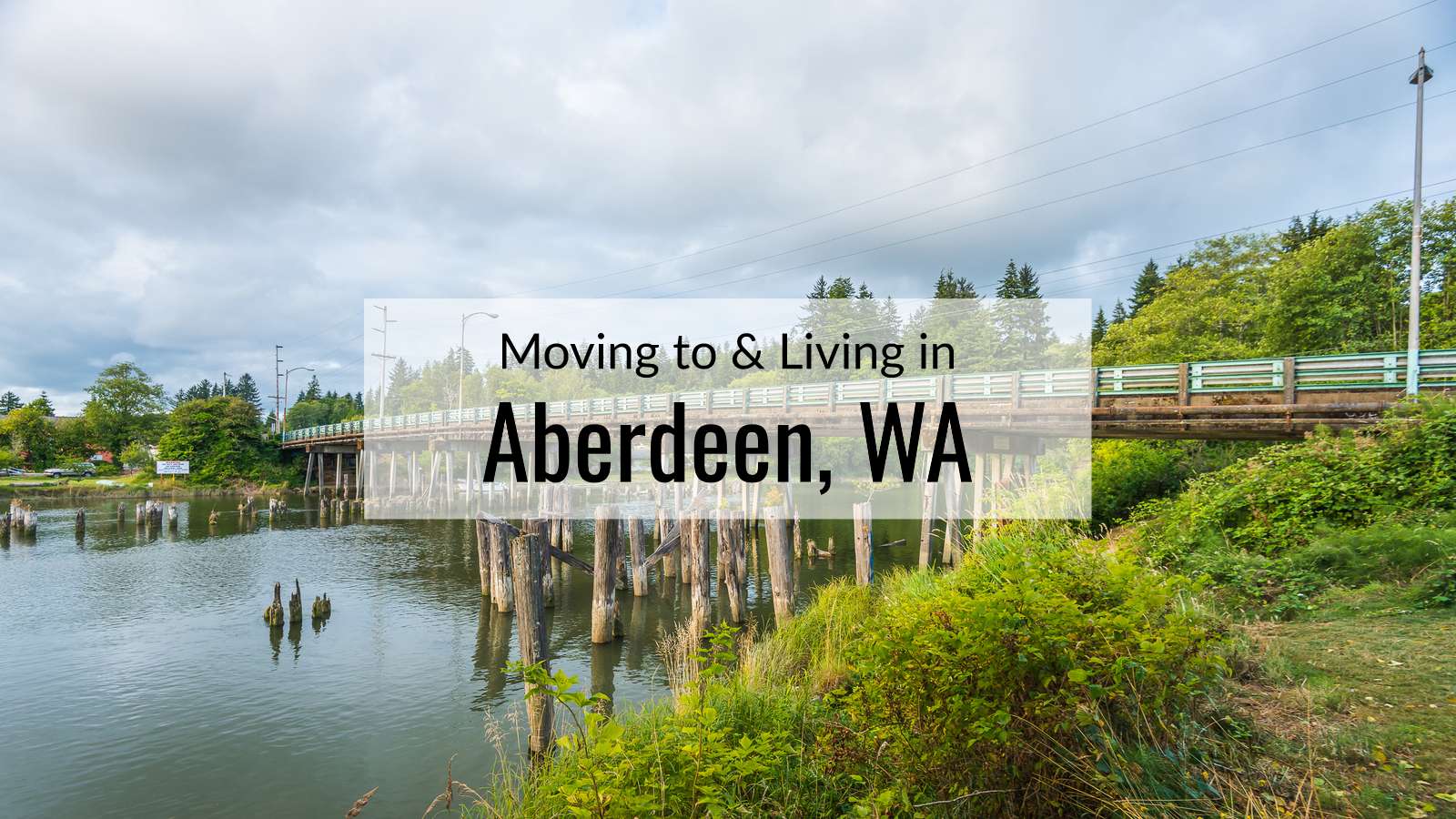 Aberdeen is a small city located in Washington’s Gray Harbor County, near the mouth of the Chehalis River and southwest of the Olympic Mountains. It borders the cities of Hoquiam and Cosmopolis and has a long and storied history as old as the state of Washington itself. Aberdeen was founded in 1884 as a salmon fishing port, and the founder would give it the name Aberdeen, from the Scottish port city of the same name. The early years for Aberdeen were certainly not easy for the fledgling colony. By 1900, Aberdeen was known as “the hellhole of the Pacific” because it was so terribly crime ridden and poor. However, with the logging industry booming in the area, Aberdeen began to grow and become more and more of a safe place to live. By the ‘80s, logging in the area was largely done and gone, but it left behind a beautiful residential community behind it, once home to such notable people as Kurt Cobain of Nirvana fame. Aberdeen is known for its beautiful scenery, local community, and history.

Aberdeen is a small city, with a population of 16,359 distributed out over the city’s 12.5 miles at a rate of about 1,500 people per square mile. The median age here is actually somewhat younger than the average for Washington, at 36, as compared to the median for the state of 37.6. The median household income in Aberdeen is $40,948.

Aberdeen’s demographics are pretty homogenous as far as Washington’s cities go, with 70% of the population being Caucasian, but there are also large Hispanic and Native American communities, being 18% and 4% of Aberdeen’s population respectively. Aberdeen also has more women than men, although only just, with 51% of its population being female.

Thinking about moving to Aberdeen, but worried about crime? Unfortunately, Aberdeen still suffers from its historic crime problem. The crime rate here is 117% of the national crime average. However, you’ll be pleased to know that violent crime is less prevalent here than property crime, with violent crime being 36% higher than the average, and property crime being 131% higher than the national average.

Cost of Living in Aberdeen, WA

Those thinking about living in Aberdeen will be very pleased about its general affordability, as almost everything here is less expensive than the national average. If you’re looking for an affordable place to live, you could hardly do better than Aberdeen!

Aberdeen is served by the Aberdeen School District, as well as being home to the one school of the Wishkah Valley School District. Both school districts not only provide excellent education, but also provide extraneous activities like camps that will expand the scope of your child’s education. In Aberdeen, you’ll have the opportunity to send your children to excellent institutions like the Central Park Elementary School and Wishkah Valley Elementary and High School.

Interested in pursuing higher education while living in Aberdeen? If you’re looking to get your degree started affordably, the Grays Harbor College is a community college is only 2 miles from the city, and is an excellent way for Aberdeen residents to get their associate’s degree. Additionally, forty miles from Aberdeen lies the Evergreen State College, an excellently reviewed four-year university. Needless to say, you’ll be pleasantly surprised at the range of options available for education in Aberdeen, WA!

Like most of coastal Washington, Aberdeen is a very rainy and cloudy place, but there’s very little snow here! You can expect lows of 37.6 degrees Fahrenheit during the winter months, and highs of 67 degrees Fahrenheit during the summer months. Aberdeen experiences almost double the average US amount of yearly rainfall, with 76 inches per year as compared to the national average of 38.1 inches. The best times to visit Aberdeen in terms of comfort are July and August.

Aberdeen covers around 13 miles of space, and is a very sparse suburban community. Since the community is so sparse, there actually aren’t that many options for neighborhood communities, and most of them are concentrated on the city’s western side.

However, not many options does not mean a lack of options altogether. Aberdeen consists of four different main neighborhoods, three of which are smaller and congregated towards the western, port area of the city. These three neighborhoods are 6th Street, the City Center, and Sumner Avenue. Meanwhile, the largest community accounting for its suburban area is Central Park.

If any of these communities sound enticing to you, you should check out the latest listings for homes for sale in Aberdeen, WA.

Those planning on making a living in Aberdeen will be glad to know that wages have been increasing steadily, although this is countered by a significantly steeper increase in cost of living. The most popular employers in this community are Grays Harbor Community Hospital, Avalon, and Five Star, and the most popular positions of employment are Certified Nurse, Registered Nurse, and Millwright. The average salary for a worker in Aberdeen is $58k a year, while the average hourly wage is $17.79.

Like most places in the United States, those with the skills to succeed in the healthcare industry will succeed in Aberdeen, as well as those in the logging industry. Those curious about jobs in Aberdeen, WA can check out current listings here.

Things to Do in Aberdeen, WA

Aberdeen might seem like a quiet community, and to some extent that’s true, but bordering two cities has its benefits, chiefly excellent shopping opportunities and plenty of fun attractions! With excellent shopping centers like the Shoppes at Riverside and the Olympic Gateway Plaza, you’ll have all your shopping needs fulfilled while living in Aberdeen! You should also check out some of the best things to do in Aberdeen, WA below:

The Stewart Memorial Park Trail is a wonderful 1.1 mile long hike through the local Aberdeen park, which is leisurely but also can provide sufficient enough challenge for hikers of all skill levels.

But that’s not all Aberdeen has to offer! Check out additional attractions in Aberdeen below:

Places to Eat in Aberdeen, WA

Alongside its fantastic activities, Aberdeen is also home to plenty of highly-rated restaurants. Check out some Aberdeen’s finest eateries below!

Serving Pacific North-western cuisine in a family-owned, chic restaurant, Redidiva is the place to go if you want a taste of the local dishes!

Breakwater Seafood is an excellent local seafood joint that serves some of the very best seafood in Aberdeen! Breakwater is a must-go for seafood lovers of all stripes!

Tips for Moving to Aberdeen, WA

Ready to take the plunge and begin your journey into making Aberdeen your new home? Give All Ready Moving a shot! Our expert staff are sure to make your Aberdeen, WA moving experience a breeze. Call now or fill out our online form for a free quote!